Forza Horizon 3 is the third video game in the Forza Horizon series for Xbox One. The open-world racing game was released in 2016, with two game expansions following shortly afterwards. It’s one of my favorite games and I’m excited to snapshot it!

The Horizon Racing Festival has been at various locations around the world, but now it’s being set up in Australia, the land down under. As the boss of the festival, you get to expand the festival to its maximum potential while racing all across Australia in the time of your life. From the Twelve Apostles, a series of sea arches along a golden beach on the Pacific to the red, dry, and desolate Outback, to the lush Rainforest, this game has it all. And you get to race wherever you want across the map’s area.

You can choose from over 500 cars ranging from a Ford Shelby to the Lamborghini Centenario, paint them whichever color you like, and even design decals and stickers to plaster over it. With the help of characters like Keira and Warren, you gradually explore the entirety of the map as you participate in races, fling your vehicle off danger signs, skid through drift zones, and cruise through speed traps. 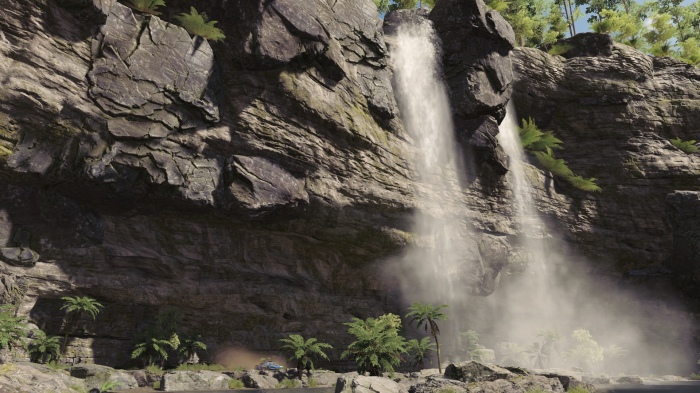 If you decide to pay slightly more, you can hop onto two different expansions in the game! The first one is called Blizzard Mountain, where you experience whiteouts, icy roads, and the very apparent need for snow tires as you speed along, enjoying the beautiful scenery. The second is the Hot Wheel’s expansion, and yes, you read that right! There, you travel to a chain of islands just off the mainland and race around on life-size orange Hot Wheels tracks!! The loop-the-loops are very present, as are the car launchers and rings of fire. Our childhood dreams come to life!

With Xbox Live Gold, you can even play with friends! The only downside to this game is that only one person can play at a time, but it doesn’t take away from the joy of the game itself! When you play with others, you can play games like King, where one car tries to be the King for the longest, without someone else smashing into him and claiming the title for themself.

This game is phenomenal in every way, and there’s very little that keeps it from 10 stars! There’s none of the immodesty that’s often in other racing games. The previous two, Forza Horizon and Forza Horizon 2, were not nearly as good as Forza Horizon 3, which has an ESRB rating of E for Everyone, unlike the other two. The only thing that isn’t phenomenal is the pop music that plays in the background on the different radio stations. There’s always the option, however, to either switch the radio off or check out Timeless FM, another radio station that instead plays lots of classical music.

There are street races in the game, but rarely is it more dangerous than anything that happens when my family races home after church during the summer.

There’s so many favorite moments from this game that it’s hard to decide which ones to feature. The vehicle I love to drive most is the Lamborghini Urus, which I painted an icy blue color. There’s a bunch of races, but my favorite ones (if you happen to check out the game) are the Timber Mill Trail, Ocean View Trail, and the River Run Showcase Event. “What’s a showcase event?” you might ask. Well, they’re my favorite part of the game, and something you’ll have to discover for yourselves! Trust me, you won’t be disappointed. Ever wanted to race a group of four speedboats down a river?

As for some favorite areas, there’s a massive map to explore with tons of details, but these are couple of my top spots to visit: Maroondah Waterfall, the Timber Mill, the Twelve Apostles, Silver Sands Shipwreck, and Orniston Gorge. I highly recommend the expansions as they’re really fun, but they unfortunately tend to be a little expensive. If you do get them though, make sure you try the loop-the-loop on the Hot Wheels Islands or check out Snow Gum Forest at Blizzard Mountain!

Racing a blimp and cascading off of a sand dune are just a couple of the many highlights that Forza Horizon 3 has to offer. But, for me, it’s more than just a fun racing game. It’s a rare gem among a lot of games that are not nearly as clean as this one. Its racing joys are unrivaled, but the fact that it’s wholeheartedly family and teen-friendly is even cooler!

In conclusion, Forza Horizon 3 is definitely worth a buy. It’s a solid, all around great game and a joy to play!

hi :) View all posts by josiah

One thought on “Forza Horizon 3”